Our Founder, Saint Francis of Assisi

In 1209, St. Francis of Assisi received formal approval for his gospel way of life from Pope Innocent III. He entitled his community the "Friars Minor," (meaning Lesser Brothers). St. Francis wanted his followers to imitate the humility of Christ and to minister to the least, the neglected and the forgotten in society.

With over five thousand followers in his lifetime, St. Francis soon inspired the energetic and talented friars toward a broader task of helping to transform every level of society. No positive initiative was outside the community's gospel mandate - as long as the good work did not "extinguish the spirit of holy prayer and devotion to which all other temporal matters must be subordinate" (Rule, Chapter V). The friars quickly became preachers and educators, administrators of royal charities, and advocates of social justice. They spread the faith far and wide as missionaries, and they often spilled their blood as martyrs. The friars' expanding influence ultimately obliged them to even "sacramentalize" culture. As musicians they began to dispel the dullness of life; as architects they reached beyond ordinary shapes and forms; and, as scientists they explored the mysteries of God's creation.

After the death of St. Francis, the burgeoning community struggled to keep a united focus. It became increasingly clear that the charism given to Francis and his community could not possibly be contained within one singular expression of gospel life. In 1517, the Franciscan Order was divided into autonomous branches, each following a valid, yet different, observance of St. Francis' Rule.

From the 13th century onward, the friars of the "conventual" tradition have been ministering primarily in urban centers. They banded together in the heart of the European cities where they could touch all levels of society with the Good News of Christ Incarnate. Many of the large churches and ministry centers that were constructed in the earliest years of the Franciscan movement are still administered by the Conventual friars. Our Franciscan heritage in Italy includes everything from the humble sanctuary housing the site of the first friary at Rivo Torto to the world renowned basilica of Santa Croce in Florence.

Although the friars had been missionaries in the East since the 13th century, by the late 15th century it was time to begin evangelizing the newly discovered people of the West. Christopher Columbus, a Secular Franciscan, sought the advocacy of the Conventual Franciscans at Seville when he tried to convince the King and Queen of Spain to support his expedition to the New World. After several failed attempts, finally Columbus was granted his petition through the intercession of Friar Juan Perez. Friar Juan was the financial advisor to King Ferdinand and the regular confessor of Queen Isabella. And, as an astronomer, Friar Juan Perez accompanied Columbus on his second voyage in 1493, and is credited with celebrating the first Mass in the New World.

Even though there were individual Franciscan friars who ministered to the people of North America, especially between the 1780's and 1850's, the permanent and abiding presence of the Friars Minor Conventual in North America began on September 14, 1852.

The Napoleonic suppression of religious houses in 1803 had devastated the life and ministry of the friars in Germany. The few remaining German friars saw the missionary adventure to America as a great hope for rebirth. It would be a sacrifice, but the invitation of Bishop Jean Odin of Galveston, Texas initiated the courageous venture of five friars who would minister to German and Polish immigrants. These Franciscans of German, Polish and Belgian ancestry were given four parishes, along with twelve mission churches that extended westward to California and south to Mexico.

However, after two years of ministry in the Southwest, some of the friars accepted invitations to work with immigrants in New York State. Soon it was decided that all of the friars would go East to lay a solid foundation for the Franciscan Order in North America. In 1859 the motherhouse of the American mission was established in Syracuse at Assumption Parish. In February of 1872, the friars of the mission became members of the very first Franciscan province in the United States - the Immaculate Conception Province.

As early as 1852 the friars had welcomed Polish immigrants, the first settlement being at Panna Maria, Texas (near San Antonio). In 1906 it was decided to establish a second American province to minister specifically to the Poles. This new province, named after Saint Anthony of Padua, is now headquartered in Baltimore. As the years passed and the number of friars grew, three more provinces were created. In 1926 the Province of Our Lady of Consolation was founded and established Mt. Saint Francis, Indiana as its motherhouse. The Chicago Province named for Saint Bonaventure was founded in 1939. And in 1981, the West Coast Province of Saint Joseph of Cupertino was established in California.

An Expansion of Conventual Heritage

In the intervening years of continued immigration, the Depression and World Wars, the friars began ministering to people of all ethnic origins. They served in many secondary schools as teachers and administrators; they served as military, university, prison, and hospital chaplains; they established printing presses and founded several publications. The friars have been pastoral and substance abuse counselors, itinerant preachers, directors of retreat centers, arts' colonies, and the sponsors of a radio program. They have ministered in AIDS hospices and homeless shelters. They have constructed housing for the handicapped, founded a network of international shelters for youth and runaways, have co-sponsored a Franciscan NGO Office (non-governmental organization) at the United Nations, and have even initiated a wine making venture.

The American friars have also generously assisted the international Order with ministry as confessors in St. Peter's Basilica in Rome, and as pilgrim leaders in Assisi.

Besides observing the feasts of the Franciscan saints in the universal calendar, the Conventuals also retain a special memory of several other American friars. Friar Aloys Fish +1939, historian and preacher, was also a long time advocate for prison reform. Friar Dominic Szymanski +1951, was the co-founder of a printing apostolate in the spirit of St. Maximilian Kolbe. Friar Justin Figas +1959, was the founder of the radio program, "The Rosary Hour." He was also an advisor to President Roosevelt regarding the German occupation of Poland during World War II. Friar Casimir Cyphir +1975, was a missionary in Honduras who was brutally martyred. Friar Frederick Gorka +1992, a man who escaped Nazi aggression, spent his entire life dedicated to serving displaced immigrants. And, one our senior most members, Friar Jeremy Chodacki (1906-present), was commissioned to compose the arrangement for the Israeli National Anthem while he was a student in Cracow.

The American Provinces have also contributed to the international administration of the Order with four men who have served as Minister Generals (the successor of St. Francis). These men served with distinction at times of international crisis. Friar Dominic Reuter (1904-1910) was the first American to be elected General. He held a doctorate in both philosophy and theology, and during the First World War he was appointed to head the Vatican Office for war prisoners. Friar Bede Hess (1936-1953) served the Order during the precarious years of the Second World War. He was an intermediary between the Allied and Axis powers, and a man who promoted culture, social works, and new missions in Latin America. Friar Basil Heiser (1960-1972) served during one of the most transforming events for the Church of the modern era, the Second Vatican Council. During his many travels Friar Basil promoted a reawakening of social ministry and cultural activities that were all to be balanced with contemplative prayer. After his term, Pope Paul VI named General Heiser to the position of Under-Secretary to the Congregation for Religious. And even the third millennium was ushered in with the election of an American, Friar Joachim Giermek (2001-2006). Fr. Joachim was the 118th successor to Francis. Our current and 119th Minister General is Fr. Marco Tasca of the Paduan Province of St. Anthony in Italy.

Learn More on History and Charism of Conventual Franciscans

Why are there Three "Types" of Franciscans?

What is Different About Conventual Franciscans? 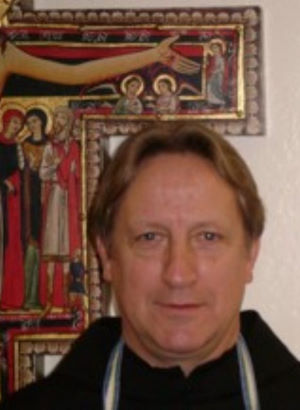