Hope Amidst the Thorns

The Franciscan Friars Conventual raise our voices in solidarity with all people of good will in grieving the death of George Floyd.  In the wake of his killing, we echo humanity’s plea for justice, reconciliation, unity, and peace.  May God fire our hearts these days with new hope.

At the Last Supper, Jesus Christ prayed for unity “that all may be one” (Jn. 17:21). After He took His last breath amidst the violence of Calvary, Jesus rose on the third day with an urgent message of hope for the world: “Peace be with you”!  Empowered by the Risen Christ’s Gospel message of peace and hope, Saint Francis of Assisi sent his followers to become instruments of peace and healing in the broken, fragile world of the Middle Ages.

Now in modern times, the message of Jesus and the mission of Saint Francis are as crucial as ever for our country and world.  As Franciscans, we friars understand the frustration and outrage of our African American brothers and sisters.  Saint Francis walked gently into tense situations of discord, seeking paths to peaceful reconciliation.  He dialogued with the Sultan of Egypt during the divisive animosity of the crusades.  He knelt to reverence society’s poor, and he stood to challenge society’s wolves and powerbrokers.

We friars reaffirm the words of the Second Vatican Council: “Every form of social or cultural discrimination in fundamental personal rights, on the grounds of sex, race, color, social conditions, language, or religion must be curbed and eradicated as incompatible with God’s design” (Gaudium et Spes #29.2).  There can be no peace without justice.  Ever since the first Africans were brought to Virginia as slaves in 1619, a long history of systemic racism has existed in our country.

We Franciscan Friars pledge ourselves to prayer and witness in actions of solidarity for the ending of racial injustice and for peace in our streets. Prayer alone is not enough.  We call for genuine dialogue among our country’s diverse peoples – the courageous seeking of ways to change disordered systems of human, economic, political, and ecclesial interaction which exclude and demean “the other.”  We embrace a Gospel of Hope for the inclusion, equality, and unity of everyone in America “from sea to shining sea.” While we have time, let us do good. 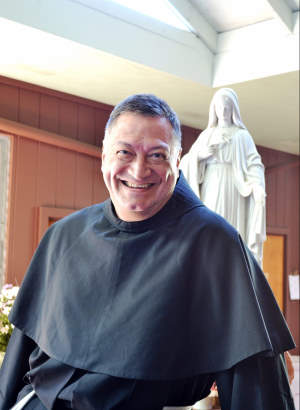